the author of the most beautiful portraits of him

including the two that were published on the twentieth issue of MERZ. 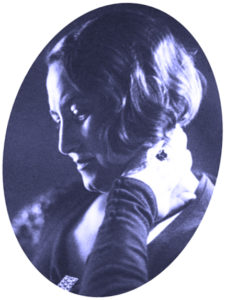 She was one of the most appreciated photographers in Europe between 1920 and 1930. She was born in Rogasen (nowadays in Poland) in 1895; from 1918 she had a studio in Dresden, frequented by some of the most representative artists of that time, among whom, along with Kurt Schwitters, there were the conductor Fritz Reiner, the poet Theodor Däubler, the actor Anton Walbrook, one of the first cinema stars; the writer and cabaret artist Joachim Ringelnatz, a truly controversial figures of the political scene of the time; the photographer Walter Peterhans, known for his courses on philosophy and photography at the Bauhaus; the expressionist dancer Gret Palucca, who was not the only dancer of whom Jonas documented the work. During her short life, she obtained recognition even abroad, managing to take pictures of the British royal family; however, her reputation derives from her portraits of common people in Dresden, especially children.

Persecuted by Nazis, from 1935 she and her husband Alfred Günther, writer and journalist, were banned from working. She died of cancer in 1938, on the eve of their planned escape to England.

Gret Palucca, who said to have danced to an aria from Trovatore at the bedside of her friend, recalled a whole day of photographic work with Genja Jonas: “We worked all day. I danced to a single tune until the record began to crackle. I could not dance without music. I didn’t care if the music was the same for hours and hours. It was a beautiful day for both of us, since we took these wonderful photos, all in the same day. Between us there was a bond, as sometimes happens. We were both fascinated by it.”[1]

After her death, the studio was destroyed by bombings, and the destruction of Jonas’ photographic archive, with the consequent and almost total loss of this precious work, is among the major cultural losses caused by the war.

To Genja Jonas, to her acknowledged ability to establish a connection with the portrayed subjects, grasping the soul through the position of the body, we owe the essence of Schwitters’ face, what our eyes literally suck from those shapes: a clean shirt, a tidy tie, a well shaved beard and the hair slicked back; a man that goes to the party of his unceasing and infinitely renewed first communion with things; affection, light-heartedness, daily happiness, voluptuousness of consonance; the optimism of someone who has already lost what had to be, and who is now gaining from the very air he breathes; and is at peace with everything; showing the sensuality of a calf, mild and innocent; the desire of being found and loved; of being taken by his friend’s gaze, when she makes him turn and he, calmly and playfully, obeys and accepts to stand still and not look, while keeping his smile within his closed and relaxed lips, pretending not to think of anything and to be simply an object unaware of a gaze, without the rush of something to say.

Here, the model of some brand of after-shave lotion, the cheek to kiss, he knows what he is doing. Here, finally, one that has destroyed language dropping as a deadweight, someone that has torn words apart, invented an unknown animal call, the whistle of a broken object, a whisper, a whirlwind in the ears, the creaking of secret joints, persuasive speaking of nothing, dexterity of the phonetic apparatus; and now he takes you within his beautiful paradise, foolish total paradise, which stinks of glue, flour with mold, stagnation of saliva in the mouth, copulation of the universe down in the basement, rhythm, dust, love. 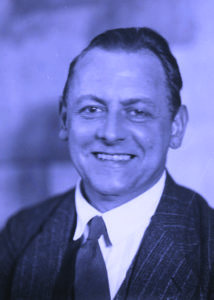 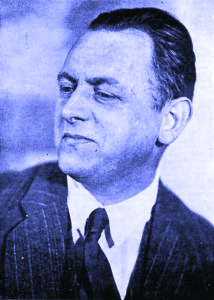 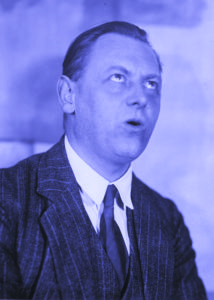