analysis of a selection of texts on Schwitters, aimed at identifying all the artist’s occurrences as syntactic subject; reduction in elementary sentences and creation of a mantra/rosary; courtship and signification of the thing/ghost; Stairway To Paradise.

Arianna Desideri, Quotations, fragments and stories of, on, about Kurt Schwitters

During the first week of workshop, a selection of texts related to Schwittters was analyzed, in order to obtain a list of simple sentences in which “Kurt Schwitters” occurs as a syntactic function of subject or object of the verb. The purpose of the analysis is to create a rosary which can be recited as a singsong, inducing a state of suspension and meditation around the word “Schwitters”, taken as the linguistic ghost of the artist. The hypnotic and potentially infinite circularity of the singsong (which means: musical thought; and therefore: inspired or whispered thought) represents the path to the reconstruction, through linguistics, of the absent body of the artist. Meditation on the invisibility is the cure of artwork as being sick of non-appearance. Workshop 1 was followed by a reflection on the meaning of Stairway to Paradise by Gershwin. The text is a hymn to the dance, celebrated as the shortest route to reach happiness. But it is also a song that highlights the irresistible force of an absolute desire for joy, contemplated until it becomes a daily discipline: the training to be happy. The simple sentences which form the rosary will be as well considered as a stairway to Paradise. Which Paradise are we talking about? Words in their wandering and repeating creates Schwitters’ aesthetic presence as a ready-made. Indeed, as any ready-made comes from the discourse around which it develops itself, so the absence/presence of Schwitters gets its substance through the singsong. Paradise is then the symbolic contact with Schwitters. 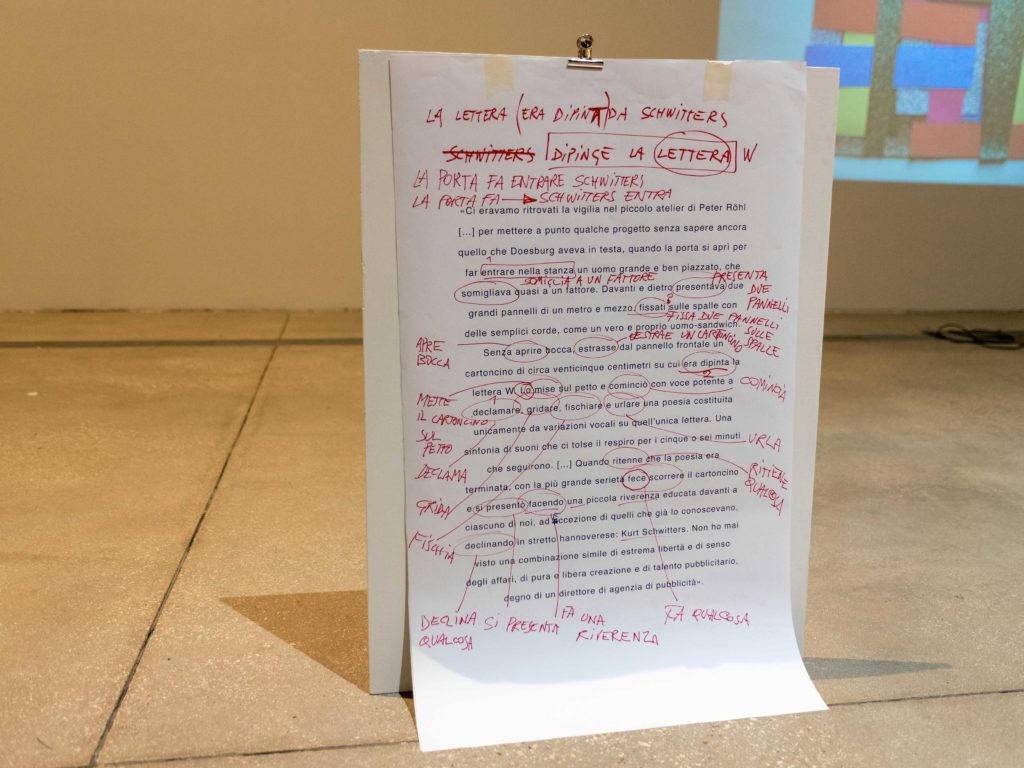 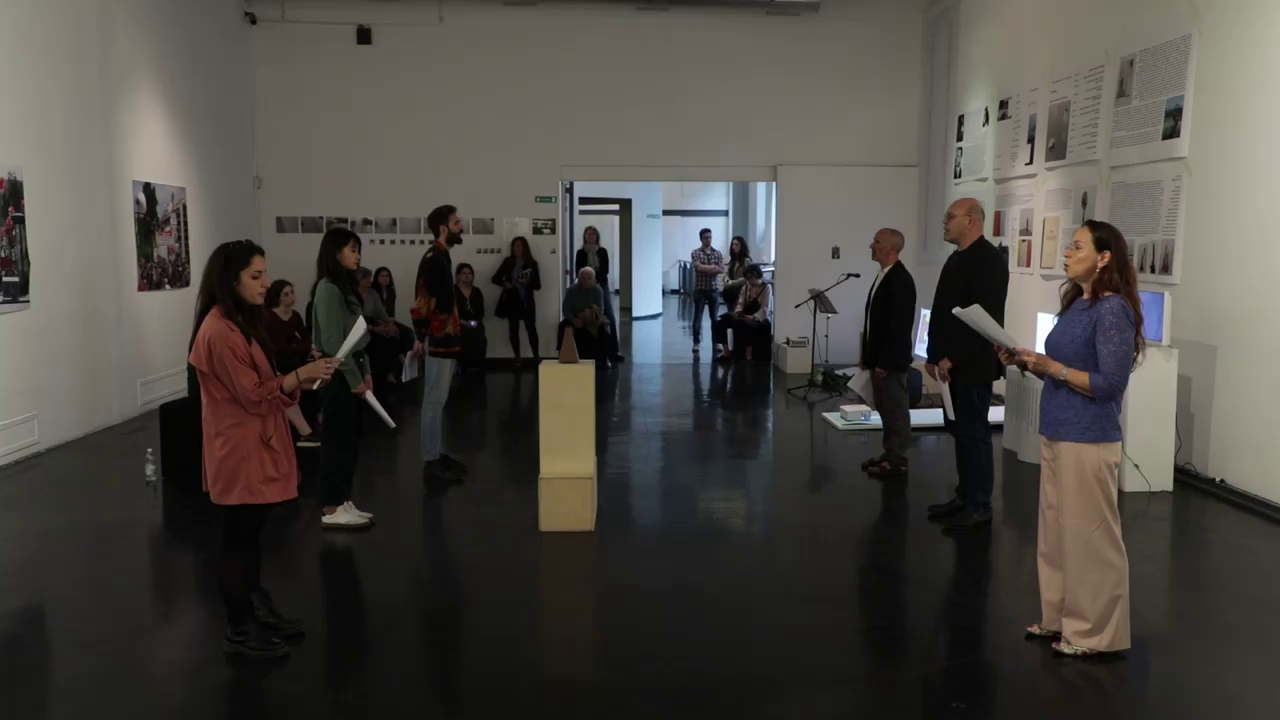 he understands something
he begs for redemption

he makes a sign
he jumps off the tram
he responds to the protests
he shows the plate
he unscrews the plate
he brings a screwdriver
he takes with him an arsenal
he uses the plate
he stands upright on the stage
he begins the Ursonate
he whistles
he screams
he screeches
he is filled with consternation
he freezes
something disturbs him
he keeps doing something
he recites something
he covers the whirlwind
he calls art, art
he creates the image
he creates the appearance
he plays with the argument
he plays with the object
he extracts the materials
he is an individuality
he is dada
he is dada
he joins Dada
he creates MERZ
he collects scrap metal
he collects cogwheels (from clocks)
he picks up objects
he uses objects
he has fun with glue
he works miracles
he brings something back to life
he explains something
he makes a sculpture
he cuts his hair
he puts his hair aside
he takes a pencil 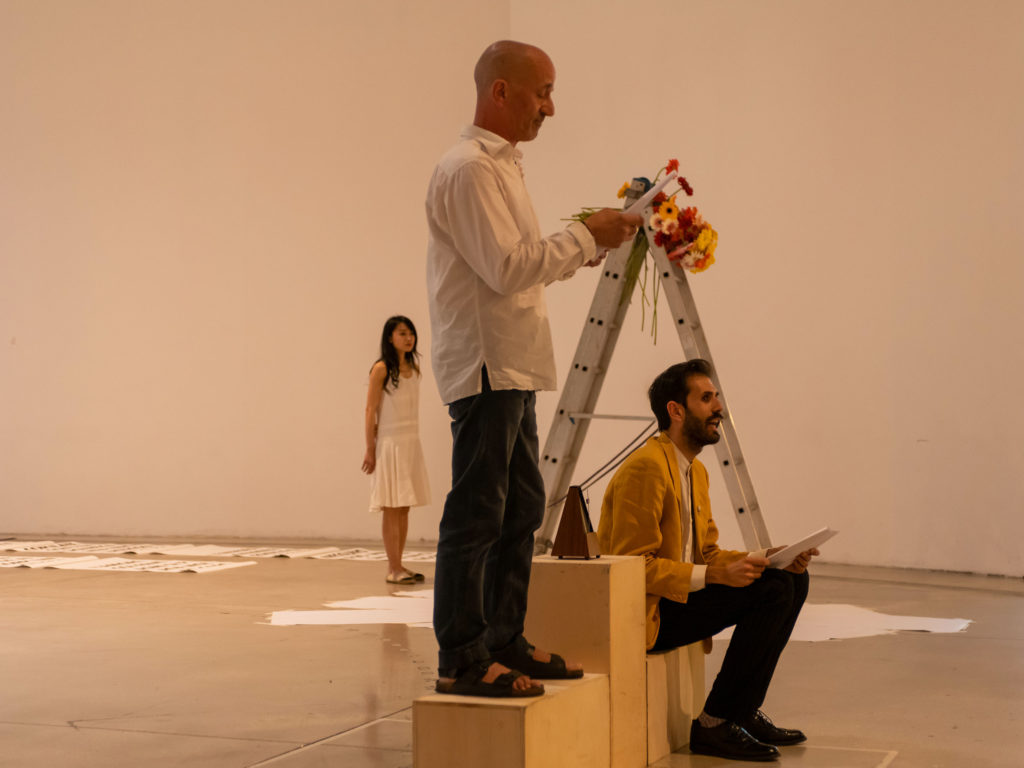 The second part of Schwitters-Rosary comes from the syntactic analysis and reduction in elementary sentences of Sarah Wilson’s fundamental essay Kurt Schwitters in England, translated into Italian by Elio Grazioli[1]. The years that Schwitters spent in England were those of the War, and therefore those of poverty and narrowness of space. For an artist who had intended his entire apartment for artistic work, transforming it into a total artwork, and who treated the places of life as mere object-extensions of a pervasive poetic language, finding himself on the run, having abandoned work, words and things, interned in a prison camp, everyday life could be truly hallucinating. And in fact, the attacks of epilepsy and melancholy resume; two presences dating back to childhood, and which, in the eyes of the other prisoners, made the sweet and paradoxical joy of that man even more singular: “A tall, solidly built man (…) like a baby on stilts naively smiling.”[2]
And yet, as Wilson shows, that time was one of great artistic production for Schwitters, during which he not only intensely resumed painting, but he did not abandon sculpture or the practice of installation. He began composing poems in English, and his extraordinary art of performance never suffered from the lack of an audience.

In the internment camp on the Isle of Man (Hutchinson Camp), intended mostly for Germans residing in England or arriving there as refugees, there was a lively cultural environment, which imprisonment made more sensitive and supportive. In fact, the camp was called the “artists’ camp”, as it housed a significant percentage of writers, musicians, painters, and people related to the artistic environment, such as: the framer Paul Levi, who renewed the concept of frame in an intellectual sense and modernistic; or the gallery owner Max Stern, who participated in the organization of a couple of exhibitions in the camp, where all those artistic tendencies, suppressed as ‘degenerate’ in Germany, ended up being represented. In the evening, professors from different disciplines, coming from all the universities of England, gathered to not lose the habit of thinking, also giving lessons in an area of ​​the camp that was specifically reserved for academic activity.

Kurt attended these meetings, and according to writer and curator Edouard Léon Théodore Mesens, co-director of the London Gallery, close to Schwitters in the English years and his collector, Kurt Schwitters was able to take the best from that uncomfortable everyday life, coming to completely transfigure it with the strength of his poetics.

Never as much as in that context, evidently, it was necessary to remove the poison from things, to remove from it the undesirably historical meaning that they had on them, and to free them to the merz-ability of a new nature. In exchange for the portraits he made in large numbers to both commanders and prisoners, he was granted permission to leave the camp every day and go to a nearby barn, which he used as an atelier. In one and a half years of internment, Schwitters creates more than 200 works, including stinky sculptures of hardened porridge.

“The painter Fred Uhlman, who was in the same camp, has often told me about this period so depressing for most of those interned. But Schwitters’ biographers have not yet told us that our friend was as happy as a lark there. No material worries, regular meals, rest at normal hours and, nearly every evening re-unions of intellectuals exchanging views on art and philosophical matters. There Kurt shone in all his glory. At any time his audience could always count on him: he told his stories each day more and more enriched with detail and reited his poems endlessly… The Ursonate must have been recited from beginning to end numbers of times.”[3]

Richard Friedenthal, before becoming the illustrious author of very famous biographies, such as those of Leonardo, Goethe, Diderot, Luther and Marx, was also interned in the camp of Hutchinson. At the end of that experience, he published a novel, Die Welt in der Nußschale (1956, The world in a shell) thanks to which the environment of the camp, human relationships and the many characters that populated it can be reconstructed. Among these, Schwitters appears under the narrative pseudonym of Baby Bitter.
Baby Bitter Schwitters, the one who in the desolation of war, weakened body and mind beset by fears, still finds the stairway to Paradise, made of flour-based glue, pieces of wood collected in the countryside, and a language that grinds everything it finds on its way. (Translated by P. P.)

[Composed for George White’s Scandals, George White’s highly successful variety shows, two are the most famous performances of this song: that of Georges Guétary included in An American in Paris (Vincente Minnelli, 1951) and that of Sarah Vaughan (1958). The text is a hymn to dance, celebrated as the shortest way to happiness. But it is also a song that underlines the irresistible power of the absolute desire for joy, which has become a form of daily discipline: training to be happy. Even while sleeping: When you’ve learned to dance in your sleep / You’re sure to win out. But only as long as you work on your soul: If you work it into your soul / You’ll get to Heaven. Soul, psyche, spirit, subjectivity: the song finally advises us to abandon psychoanalysis and go to dance!]

All you preachers
Who delight in panning the dancing teachers,
Let me tell you there are a lot of features
Of the dance that carry you through
The gates of Heaven.

It’s madness
To be always sitting around in sadness,
When you could be learning the steps of gladness.
You’ll be happy when you can do
Just six or seven;

Begin today!
You’ll find it nice,
The quickest way to paradise.
When you practice,
Here’s the thing to do,
Simply say as you go…

Every new step
Helps a bit; but any old kind of two step,
Does as well. It don’t matter what step you step,
If you work it into your soul
You’ll get to Heaven.
Get busy;
Dance with Maud the countess, or just plain Lizzy:
Dance until you’re blue in the face and dizzy.
When you’ve learned to dance in your sleep
You’re sure to win out.

In time you’ll get Saint Vitus dance,
Which beats the latest thing from France.
Take no chances on this Paradise;
Let me give you advice. 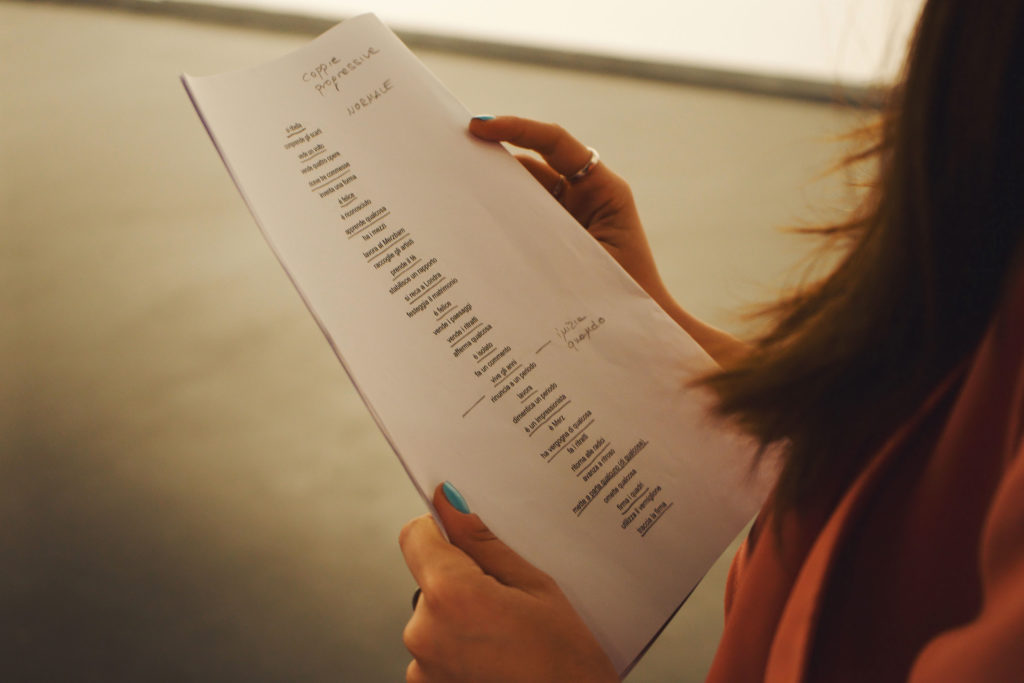 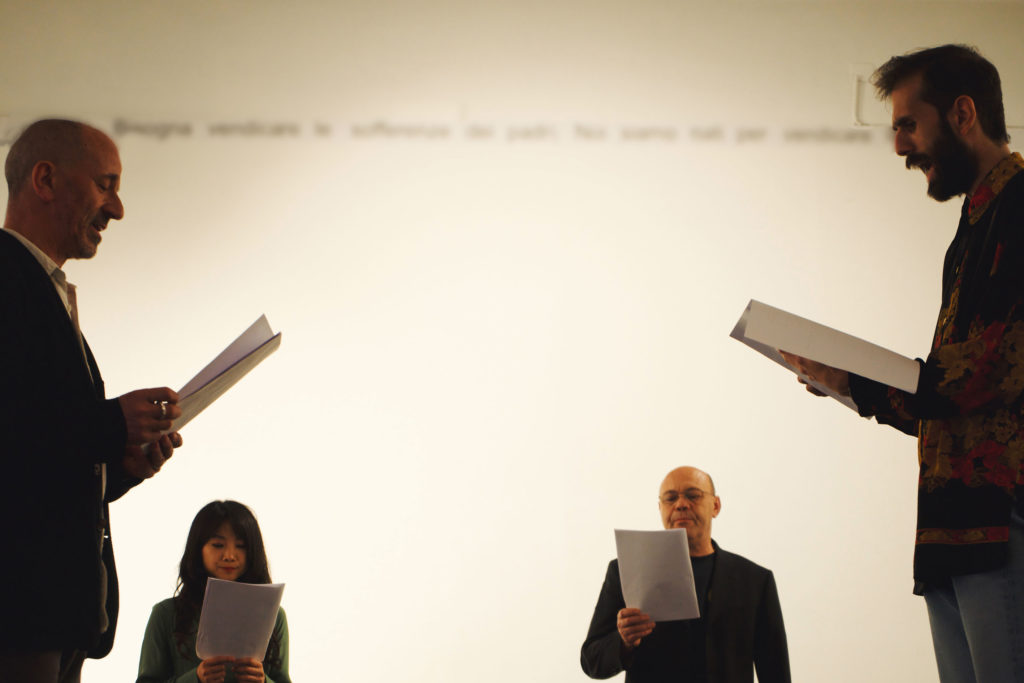 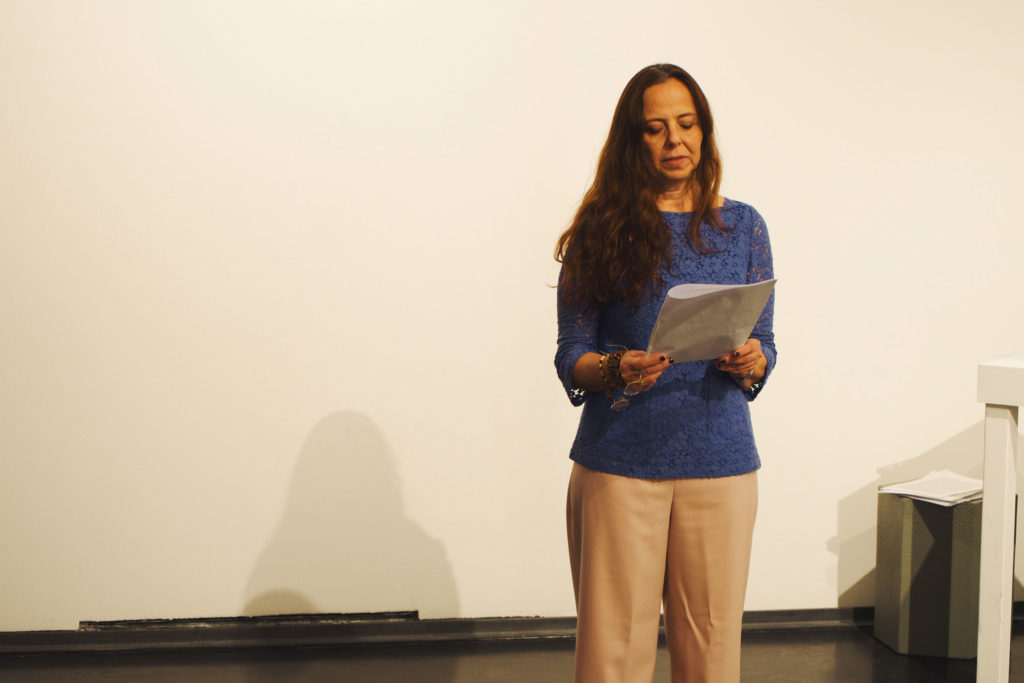 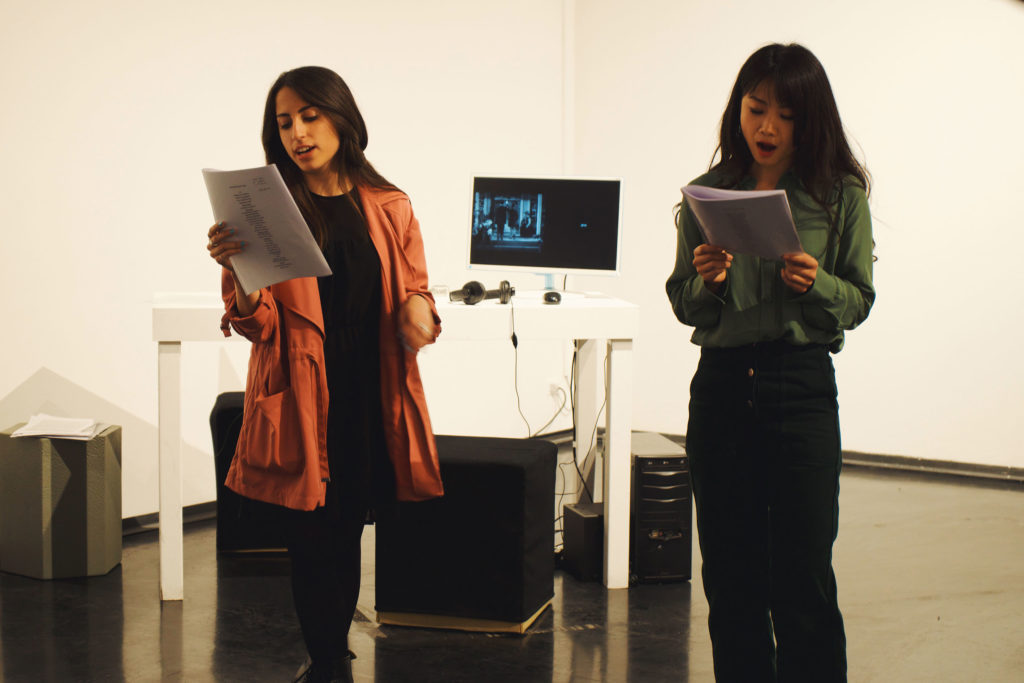 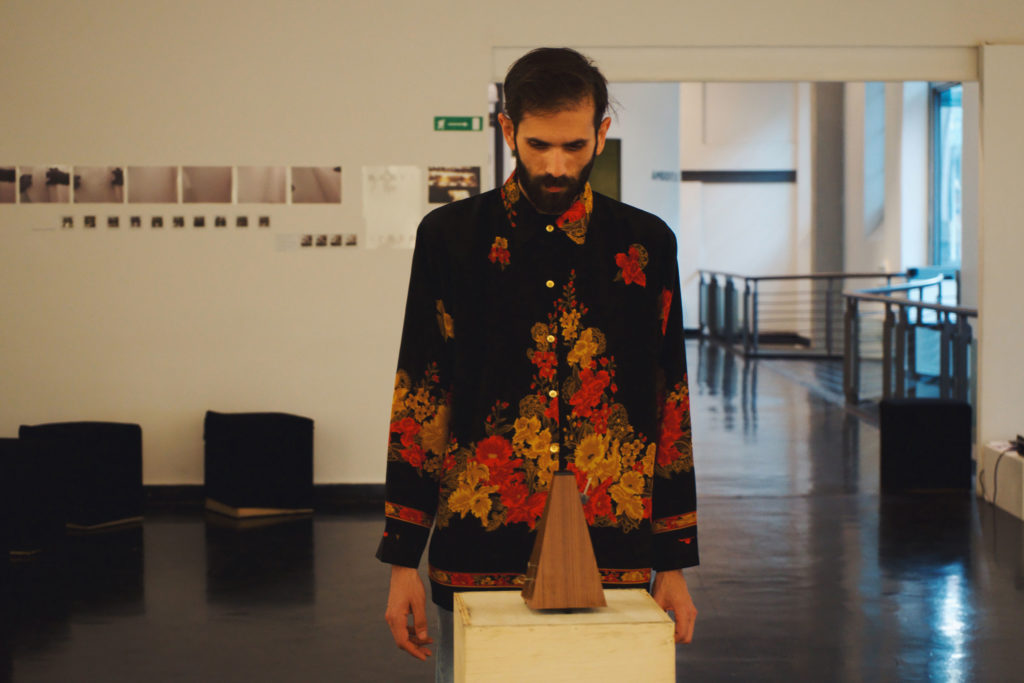 photos above are by Andreea Nedelcu