THE POISON OF THINGS 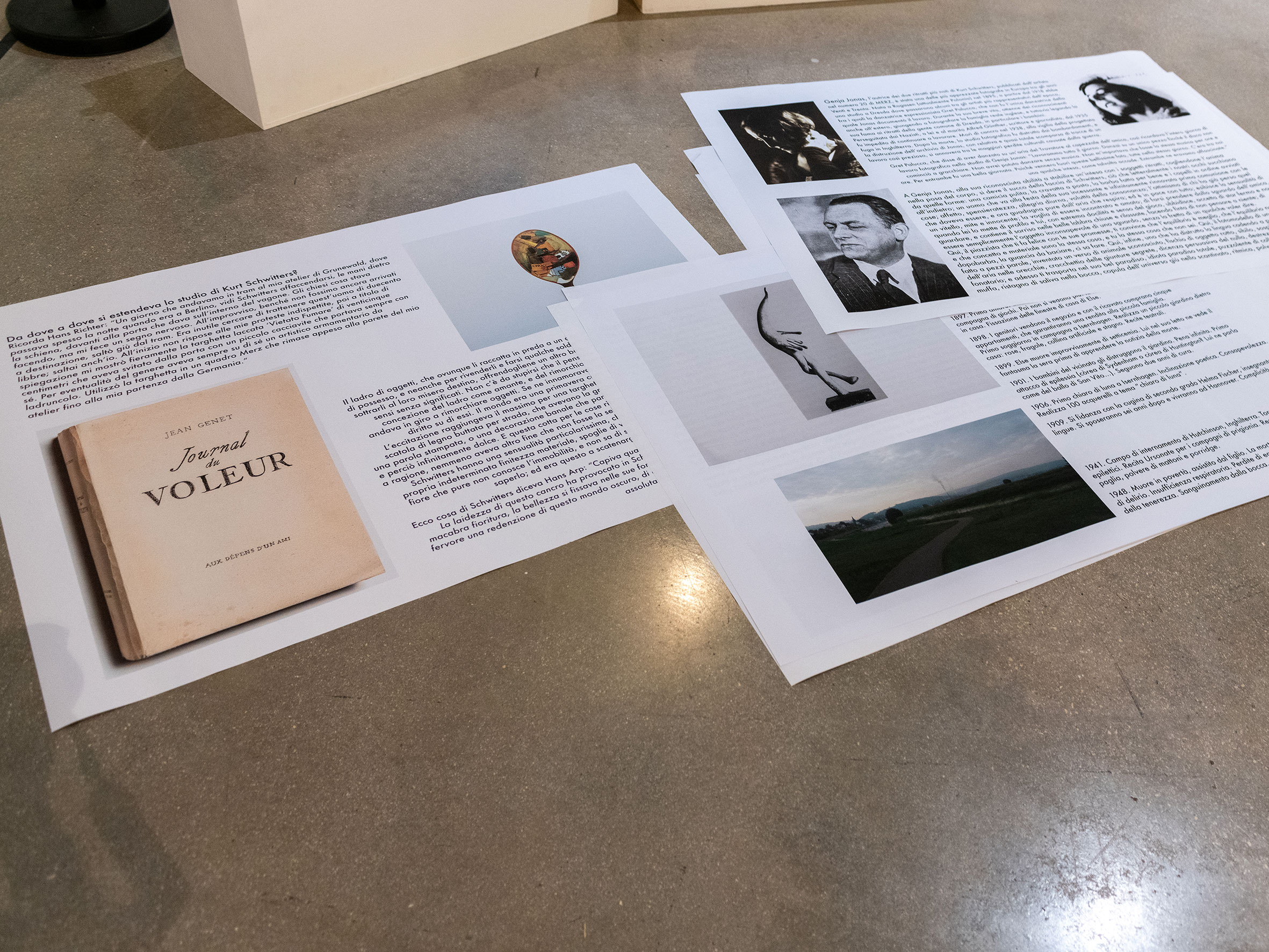 In the first issue of Merz, Holland Dada (1923), Schwitters wrote: “These things are inserted into the picture either as they are or else modified in accordance with what the picture requires. They lose their own special essence, their own specific poison, by being evaluated against one another, by being de-materialized they become material for the picture.” It is clear: the loss of poison for the things of the world (the materials taken from daily reality) is the condition for their access to the new linguistic level represented by art. This transference is called merzification; merzing an object means rendering the object a piece of expression within a new system/context of language; a new linguistic game – actually a world with defined boundaries, although essentially disputable – which comes from the mutual merzification of different objects, contemporarily present in the image, in the sculpture, in the space of the room, or even in the mouth and the head where the merzified UR-sounds and UR-words are busy copulating.

Let’s take a bus ticket for example: which poison must it lose? First of all, its function: it could not be used anymore, and we give it a unique chance to emancipate itself from its commercial duties, that is its raison d’être. A no-longer-useful bus ticket, now just a piece of paper free to be not itself, free to become all that the becoming could be, hurray! That’s all? Not really. Does the ticket remind us of something? Does it still have with it the warmth of the pocket that kept it, or even worse, that of the hand that punched it? It’s time for it to lose this poison too; this very particular kind of poison called ‘humanity of the bus ticket’. This poison is responsible for nostalgia; and it is so easy to fall from nostalgia to melancholy, and even easier to slip from melancholy to the desperation of artwork collapsing on the first possible home floor, war floor, quicksand… Is the poison finished, or is there more left? Well, there is still the poison of the shape left , shape as the-own-form-of-the-ticket – type of paper, writings, the logo of the transport society. The form of the ticket is a very sweet poison, compared to the others; and in fact you may think that form can be useful for fitting together the merzified objects within the image, sculpture, etc. Be careful not to get too touched by form; it cries out for mercy and pretends to be innocent, but it also becomes a very sharpened trap if you are not able to bend it to your benefits – and you know that it is not easy having a clear lucidity of your end in this new linguistic game that first of all consists in the suspension of ends. Thus, keep the form close but do not trust it; and as soon as it is possible, destroy it and make it unrecognisable, throw it away in the street. Rebuild a language and life!

At last, it will be necessary to keep in mind that you cannot take out all the poison, and you’d better be realistic: sooner or later, the poison will come out from some infinitesimal portion of surface, and come back to invade the linguistic game, choking you. House is full of meaning again, even as starving and haunted as you are. And then? Then you quietly go back to the old expressionism. You were lucky in the end. You could have got some new blessed intellectualistic respectability. (Translated by P.P.) 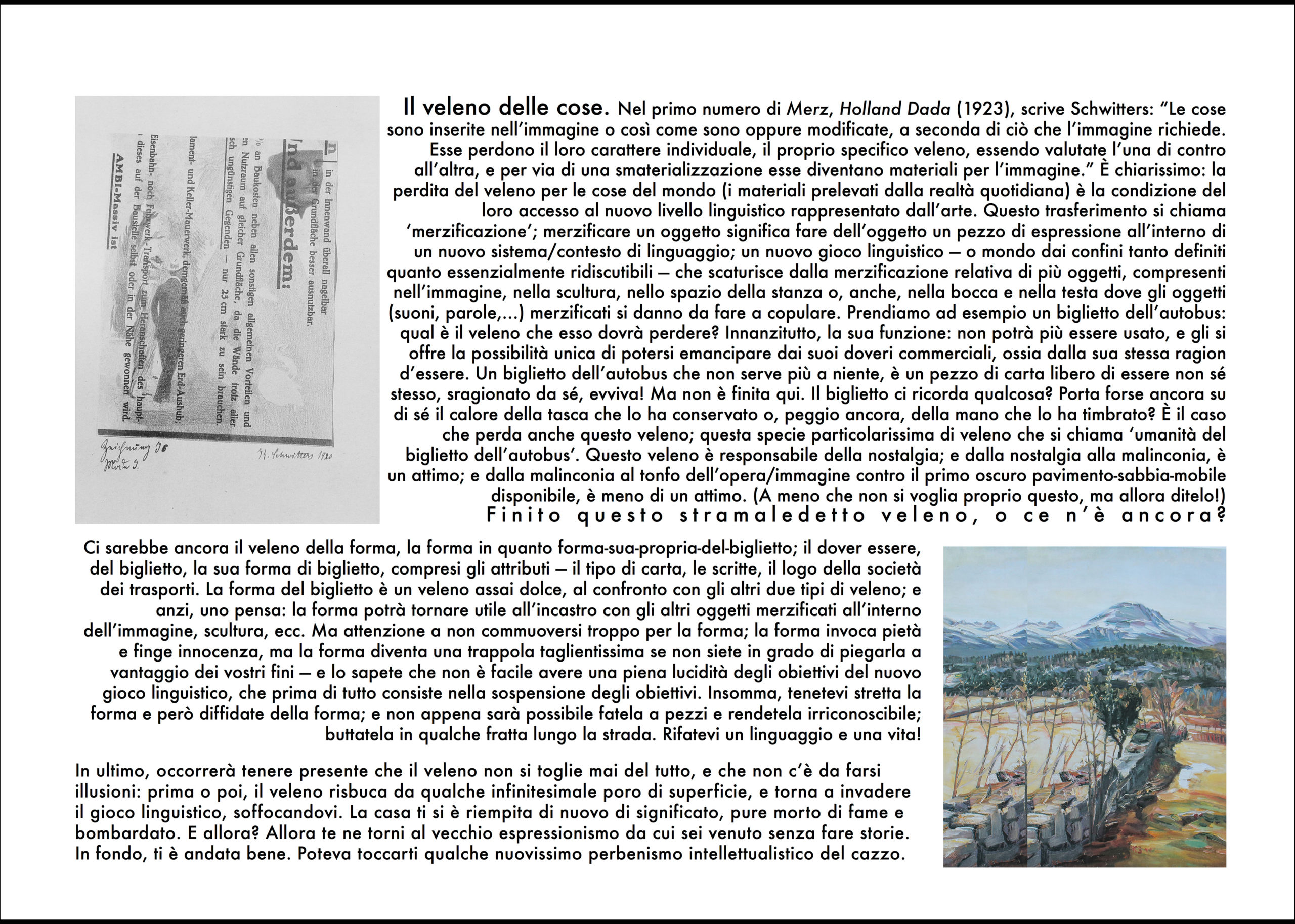 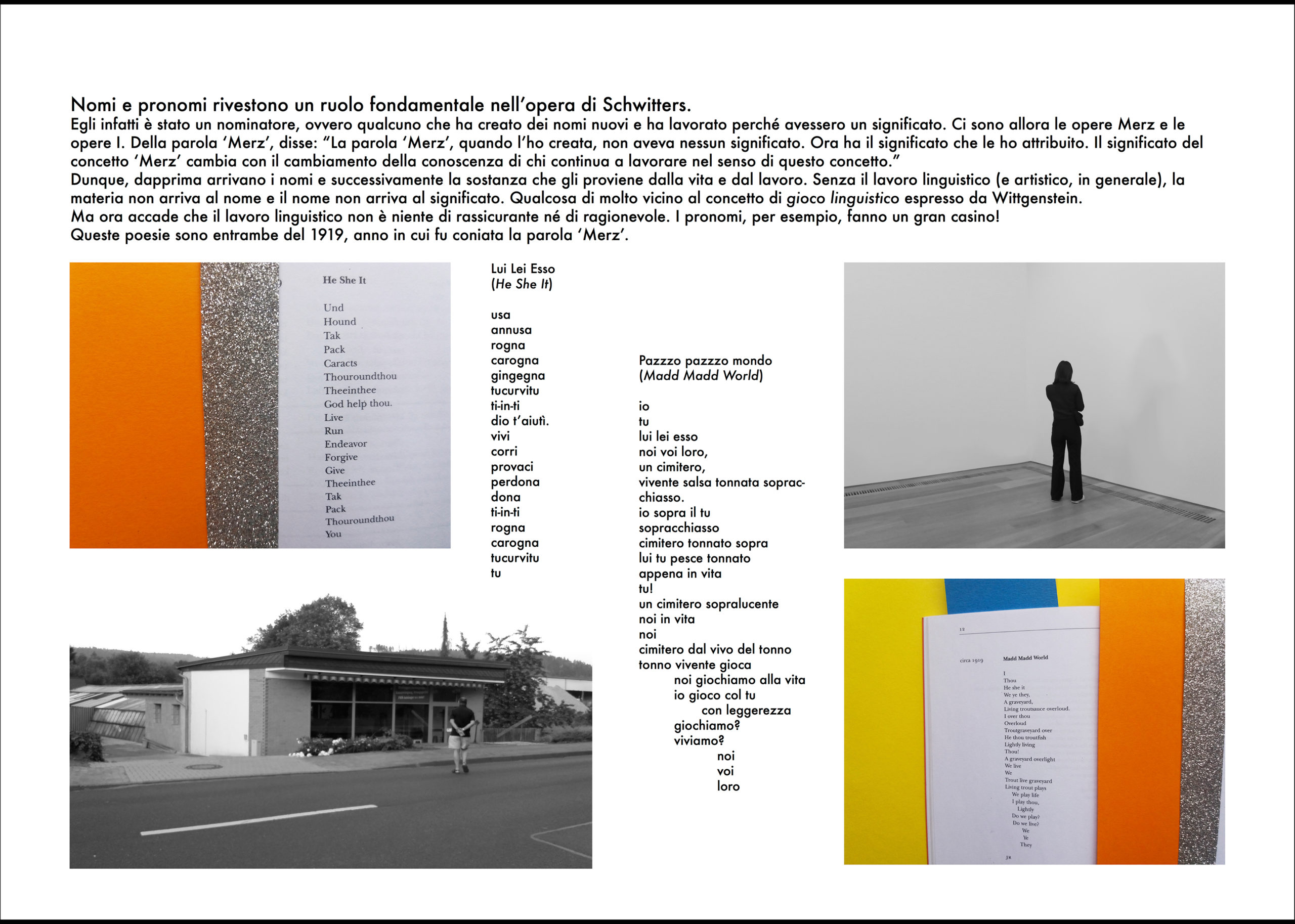